Wireless Electricity For Homes: Pipedream, or Just Around the Corner?

Wouldn’t life be easier if we didn’t have to dig through a drawer every time we wanted to charge our laptops or tablets? And then trying to figure out which cable belongs to which appliance when we realise the power board is full?

Wouldn’t it be great if we could just put our mobile phones on the bench and have the battery start recharging? 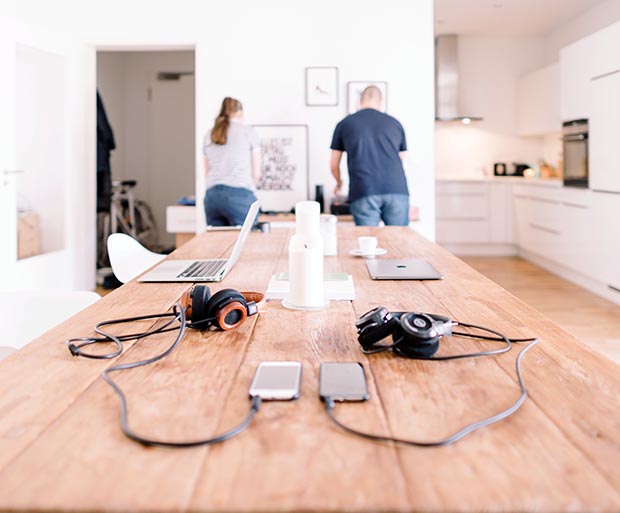 Wireless electricity for our homes is an idea that has been a challenge for some of the greatest scientific minds since the 1800s and is a lot closer than you may think. People were wowed when Nikola Tesla first demonstrated the lighting of unplugged incandescent bulbs from the opposite side of the stage. Not as impressive however was the noise that went along with the light. Thankfully, those initial ideas have come a long way and have started entering our everyday lives.

How Does it Work?

While the concept is still the same as Tesla’s experiment, the size and efficiency in wireless power transfer has come a long way towards being manageable and user-friendly. Essentially, a wire coil which has been powered will create an electromagnetic field. Bringing a second coil into the mix will allow for an electrical charge to be generated wirelessly. When we put a device in this field, it will draw power just as it would if it were plugged into the wall.

To give you an example of how much smaller the technology has become, you will find that most modern electric toothbrushes and shavers come with a wireless charging station to take out the risk of electric shock from being used in a wet area.

Of course, with any growing technology, the question is always raised as to how safe it is. The magnetic fields which are generated are the same kind of fields used in wireless networks, with the aim being to have wireless electricity transferring as easily as wireless internet.

Where to From Here?

With every household having an ever-growing number of appliances and connected devices, our need to keep them all charged will also grow. This brings us back to our first issue – trying to figure out what to unplug when we need to charge something. Thankfully, a solution could be around sooner than you may think.

Developers are already refining prototypes that will turn almost any surface into a charging point. Small field generators which can be placed underneath benches and coffee tables will be able to charge phones, tablets, and even notebooks. This is incredibly handy if your home automation system is controlled by your tablet, or you’d simply like to be able to drop your smartwatch on the bedside table at night and let the field do the rest.

But it doesn’t stop there. As with any idea, the sky is the limit, and hand-held devices are just the beginning. With more and more electric cars on the road every day there are wireless charging systems being developed that would simply require you to drive into your garage, and a pad on the floor will do the rest.

The future of wireless electricity is more of a reality than a pipe dream and looks to make tripping over a charging cable and sending your new smartphone flying across the living room a thing of the past.

At Everest Electrical, we pride ourselves of being up to date with latest technologies and how they can be applied to your home or business. Whatever your electrical installation and maintenance needs, we invite you to call us today on 0419 229 139.