Can You Run Power to your House Underground? 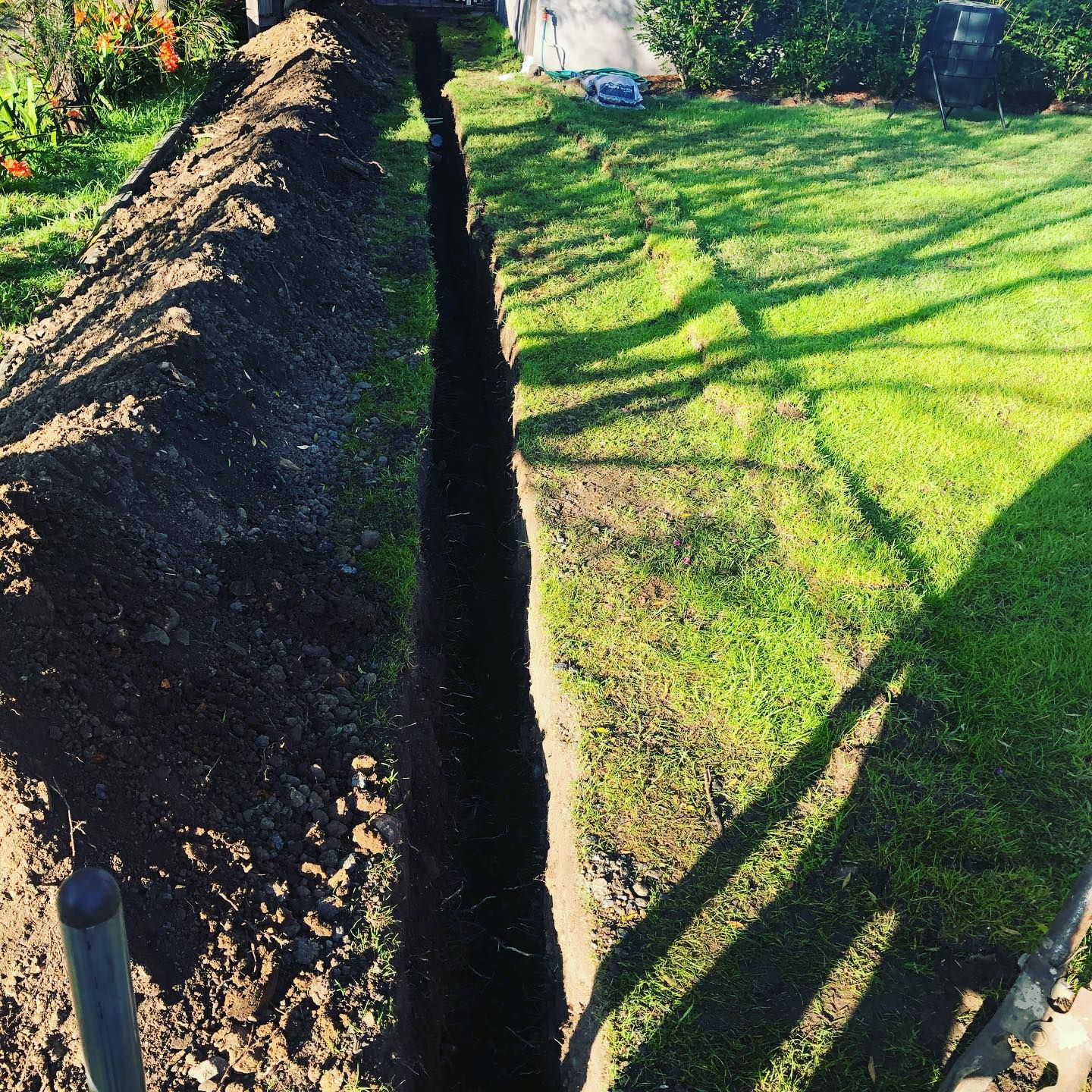 Many older suburbs, like here on the Northern Beaches, have aerial poles and cables for power. This can be a problem during severe weather and fire season. Trees hit lines, poles burn and may even fall, and power goes out for days. It’s also unsightly, but considerably cheaper.

Because of this, newer suburbs generally have an underground network power supply. In fact, in some areas it is now mandatory for new developments. Despite this, less than 7 percent of Australian homes have underground power. However, if you are in one of those neighbourhoods where the power comes in overhead, can you switch your power over to an underground system?

The answer is that it depends.

What Are the Advantages of Underground Power?

As already mentioned, other than the improved visuals of not having a power pole and overhead cables in your yard, the primary advantage is reliability during storms and fire season, when weather can take down poles or cause trees to fall onto lines. Underground lines are generally not as affected by power fluctuations. There are, however, some other advantages:

Is There a Reason Not To Switch?

The primary reason to stick with overhead wires is cost. Overhead wires tend to be cheaper and also last longer than underground connections. Traditionally, it has been much cheaper to use overhead, especially as pole installation costs could often be shared with telecommunications utilities. A few other reasons are:

In older neighbourhoods where everything is overhead, it can be extremely complicated to install an underground line, and the advantage may be minimal as you are only protecting part of the line. However, if you routinely have problems with the lines, it can be worth the cost of switching over. Again, this is something to discuss with an electrician.

What is the Process of Switching?

First, you have two options for running underground power to your house:

You will need to talk to an Level 2 Electrician about your options. For the first option, the licensed electrical contractor will obtain the necessary permits then dig a trench from the pole to your meter. The trench is likely to cross footpaths and driveways, meaning that permission needs to be acquired from neighbours. It has to be a minimum of 500 mm deep, and the contractor has to be careful not to hit any existing services.

This makes it a complicated and lengthy progress. A good electrical contractor will know how to navigate this and make sure that everything goes as smoothly as possible.

For the second option, the electrician will first install and connect your private pole, intercepting the existing overhead cabling from the network pole to your house. They will then dig a trench from the pole to the meter, installing the cable in it.

Regardless of the option, they will need to coordinate with the utility to get your installation properly completed. Utilities may do some of the work, but it will still be at your cost unless it is part of undergrounding the entire neighbourhood (an expensive project that is not done very often).

From then on, the process is fairly straightforward:

You need to make sure that you stay aware of or mark where the trench is, as digging into an underground power line can cause problems. Talk the contractor about the best place to put the line, as they may have some flexibility. Bear in mind that one downside is that if anything goes wrong with the line, they may have to dig it up in order to repair it.

However, the advantages overcome the disadvantages in many areas. If you want underground power to your house, then you should talk to a Level 2 electrician about whether it is feasible and the right option for you. Our electricians can help you decide whether to move to underground power lines is possible and within your budget, and then start the process of switching your power lines over.